Get instant property alerts for www.investorsteamrealty.com

Get the MoveTo App 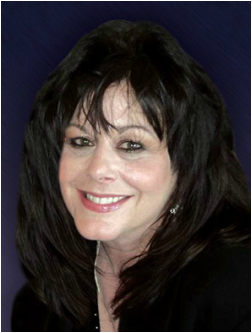 Nikki Hoar is a native New Yorker, being born and raised in Brooklyn and Long Island. She completed her education in New York and subsequently worked in law enforcement, as a member of the Suffolk County Police Department.  Nikki arrived in California in 1981 when her family relocated to the San Fernando Valley area of Los Angeles.  She began her career with the Los Angeles Police Department in 1982, as a Police Service Representative, 911 Operator.  Moving through the ranks, Nikki ended her career as the Administrative Officer in Charge of Rampart Area.  She retired in 1998.Nikki is the CEO of MTOClean Los Angeles and has been involved with the company, as its founder, since inception in 1998.  As such, she administers its multiple service lines and specializes in providing One-Stop cleaning needs to her clientele.  MTOClean is a highly rated company with accolades from across the industry for superior performance in representing its customers.Nikki has been a member of the LaVerne Chamber of Commerce for several years and has been involved in many roles during her tenure.  She is currently the Chair of the Chambers’ Board of Directors.  She has been directly involved in every facet of Chamber Operations and continues in that role.  Her most recent endeavor has led to her joining the staff of, Investors Team Realty, as a Real Estate Agent in the LaVerne office.  Fittingly, Nikki resides in LaVerne and is involved in numerous civic and charitable organizations in and out of the city.  She continues to support the American Cancer Society and is herself, a cancer survivor. A long-time supporter of Westside German Shepherd Rescue, Nikki dotes on her two German Shepherd dogs, Ajax and Prada, while supporting the myriad of needs unique to the rescue and adoption of German Shepherds.Her addition to Investors Team Realty fulfills her ambition to represent both sellers and buyers in the pursuit of their dreams of home ownership.